Conversation with BT - The Making of BT-Modern Wave

The Making of Modern Wave - Patches for Spectrasonics Omnisphere 2

On the path to earning his status as a pioneer in the world of electronic music, BT has developed a closeness to analog synthesis that is clearly reflected in his compositions. Working with a dream-list of collaborators including Peter Gabriel, David Bowie, Madonna, and Sting, and earning a Grammy nomination for his 2010 studio album, These Hopeful Machines, BT has earned a reputation as something of a synth guru. We could break down the way BT looks at the hair on a sawtooth wave, or how he can immediately recognize the difference between a surface mount chip synthesizer and a through-hole (he prefers the latter). Instead, we'll just say this, BT knows synths.

Electronic music producer and sound designer Michael (MIDIhead) Babbitt is a long-time fan of BT’s work. Knowing that BT was about to drop a new synthpop collab album with Christian Burns titled “All Hail the Silence” (as well as having recently worked with the likes of Howard Jones, Vince Clarke, and Andy Bell), Michael, who's passion is electronic music, eagerly attended a Q&A session with BT at Synthplex in Burbank.

During that Q&A session BT briefly expressed his frustration with current synthwave/synthpop music, mentioning how much of it was less authentic than it could be with the tools we have now. It was then that Michael knew he had to reach out to BT to create a patch library for Spectrasonics Omnisphere 2.

Hearing that sentiment (and agreeing with him), Michael asked BT if he’d like to challenge the status quo with a patch collection of sounds to properly represent that genre. BT embraced the idea and thus, Modern Wave was born.

The process behind the creation of Modern Wave for Spectrasonics Omnisphere 2 began with the jaw-dropping array of synthesizers in BT's studio. Given the underlying scope of the project, he homed in on subtractive synthesis as the main theme for this collection, and his first goal was to tap into what he loves most about analog synths:

"I wanted to capture some of the nuance and detail, the subtlety and aesthetic of these instruments, but using a soft-synth."

BT set upon creating new patches based on the feeling of some of his favorite synths, such as the Arp 2600, Prophet 5, Jupiter 8, and Yamaha CS80. Part of the challenge was emulating the beautiful inconsistencies of analog circuitry.

"One of the things I frequently say about analog synths, is that they are moody. And it's not hyperbole, they really are these moody instruments. You can turn them on one day and they make these really beautiful useful musical sounds. Other days, they are just in a peculiar bad mood. In there lies this really incredible sounding middle ground, which is wrapped up in so many different things, like if the instrument heats up evenly, or some of the capacitors started to go off, or the power supply is going bad. Approaching the sound library for Omnisphere 2, I really wanted to capture some of the stochastic behavior of these instruments, and I spent a lot of time looking for very small sweet spots in controlled randomized ranges for tuning, pulse-width modulation and evolving dynamics over time, to really give some of the flavor of these instruments." 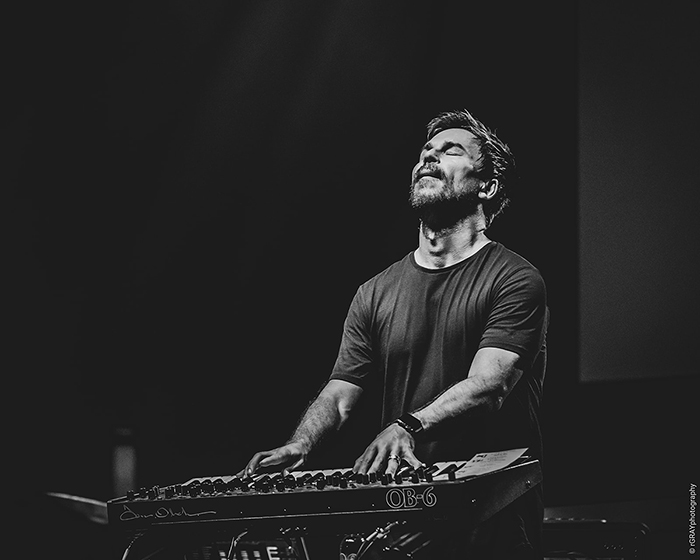 As anyone who has used the collection can attest, BT certainly accomplished his goals for the project. When asked about some of his favorite patches from Modern Wave, he referenced many of the warmer sounds, such as the bass and poly patches. In true pioneer form, the focus was never to create duplicate sounds, but to take their richest qualities, and update them to the 21st century.

"It's interesting, as elegant and as expressive as these analog synthesizers are, when you pull them up and listen to them without any effects, eq or compression, things that are just omnipotent in the common vernacular of music now, they don't sound like they meet the bar of a modern recording. So I was really trying to capture the essence of these sounds, but update them so they are useful in a modern production."

"Approaching the sound library for Omnisphere 2, I really wanted to capture some of the stochastic behavior of these instruments..."

Looking toward the future of synthesizer-based music, BT is hopeful that the resurgence of 80's inspired music will breed new and exciting sounds, especially considering the incredible amount of flexibility soft-synths like Omnisphere have to offer.

"I think it's a pretty remarkable time as far as the overall interest in the aesthetic of not just the 80s but of synthesizers in general. To see how many people now are interested in some of the kind of sounds that began in the 80s and have grown and evolved into these very new textures, is an amazing thing to see." 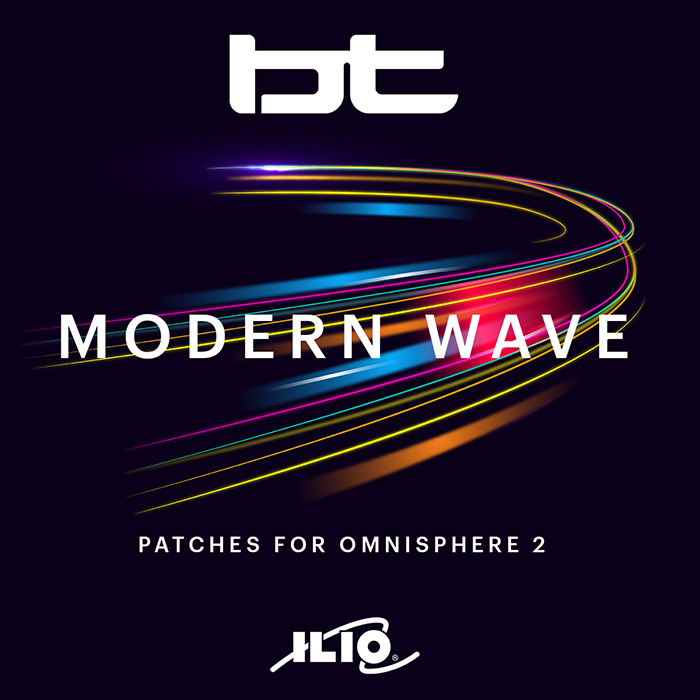 With Modern Wave, BT has created an outstanding new assortment of sounds, offering loads of inspiration for any synth lover in their production. Take a listen and I'm sure you'll feel the same way, even if you prefer a surface mount chip to a through-hole.

Check out some of the awesome sounds of BT-Modern Wave below: