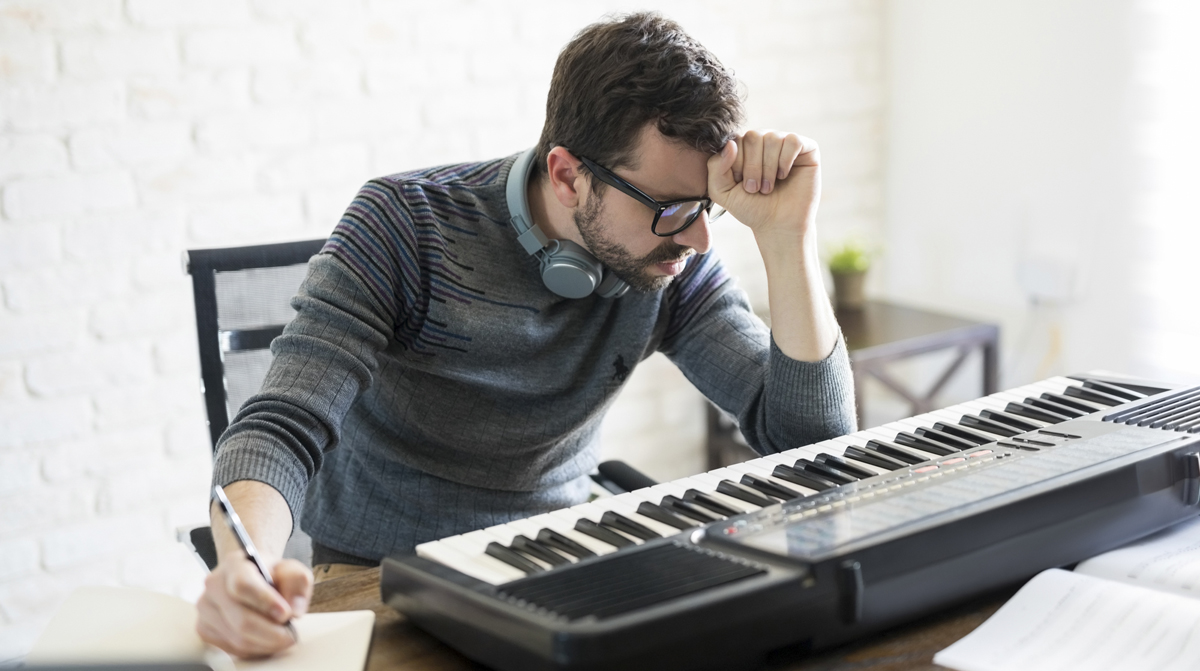 Translating The Sound In Your Head Into A Track - Part 1

“Failing to prepare is preparing to fail.” - Coach John Wooden

In other words, if you don’t know where you’re going, how do you expect to get there?

Music making should ultimately be a journey to a destination. Sometimes producers start out creating with no clear goal in mind, and when the end result isn’t as great as they had hoped, they feel defeated. Instead, deciding on what you want to create beforehand can reap many benefits. Think about every aspect of what you are trying to make and your means of getting there. This isn’t to belittle experimentation, or creating for the sake of creativity. Trying new and different techniques is where we find our own unique voice, but experimentation is usually best served within the framework of a larger picture.

Music production requires a wide combination of skills, including composition, sound design, and mixing, to reach the finish line of a completed song. It’s worth thinking about what methods are going to get you to there quickest and most accurately before starting. Once you begin working, the last thing you’ll want is to be racking your brain for ideas on how to overcome problems, which might halt your creative process. Setting yourself up before producing, both technically and artistically, can be essential to the success of a session.

Touching back to legendary UCLA basketball coach John Wooden’s quote, always be prepared for each and every situation that could come up. This applies equally to music, or any other aspect of life, quite frankly. It holds true especially when working with others, because when time is of the essence, nobody is going to want to wait for you to catch up. Prepare yourself with an understanding of music theory and varied production techniques and you should be off to a good start. Focusing in on collaboration:

When I was growing up, I thought the person whose face appeared on the cover of the album did it all. When I realized that nearly every one of my favorite albums was made through a highly collaborative process, I stopped putting so much pressure on myself to do it all alone. Read the credits on some of your favorite artists albums and you will see a list of contributors who help create the magic of a great song. For example, take a look at Michael Jackson’s credits for Off The Wall and you’ll see just how many people worked on that album, close to 50 individuals, including some of the finest session players in the business at the time.

If you don’t have the chops yet to play guitar the way you see fit, find someone that can! Either work together with a friend or acquaintance, or go online and look up freelance musicians who you can collaborate with over the internet. With today’s file-sharing power, there really is no excuse for not collaborating.

Keeping with the MJ reference, even with all of the fantastic players on his albums, Michael still had the vision and conveyed that to everyone working on the project.

“One morning MJ came in with a new song he had written overnight. We called in a guitar player, and Michael sang every note of every chord to him. “’Here’s the first chord, first note, second note, third note. Here’s the second chord first note, second note, third note’, etc etc. We then witnessed him giving the most heartfelt and profound vocal performance, live in the control room through an SM57,” says Hoffman.

“He would sing us an entire string arrangement, every part. Steve Porcaro once told me he witnessed MJ doing that with the string section in the room. Had it all in his head, harmony and everything. Not just little eight bar loop ideas. He would actually sing the entire arrangement into a micro-cassette recorder complete with stops and fills.”

Another approach that can lend a hand to clearly expressing yourself musically is to assign someone you trust and respect to be your producer. Explaining your goals on a project, and then taking your ego out of the situation altogether opens up a sense of freedom that allows music to come together quite naturally. Cliff Goldmacher, a Nashville, Tennessee based producer/songwriter who’s client list ranges from new songwriters to GRAMMY winners, describes the producer-artist relationship as follows,

“A producer is to a recording as a director is to a film. When it comes to making a film, the buck essentially stops with the director. It’s the director who steers the ship working with everyone from the actors to the technical editors in order to achieve his or her overall vision of the movie.  It is exactly that way with a producer when it comes to making a recording. Not only must the producer have the experience to work with the studio engineer (often possessing the technical expertise to engineer the project themselves) but a producer must also have the musical understanding to help the artist with everything from song choice, structure and arrangement, to the all-important vocal performances that are vital in giving a recording its personality.  In short, a producer provides the experience and necessary perspective to guide a recording from start to finish.” (BMI.com)

Many times, letting the artist focus on their performance reduces the stress of “doing it all themselves,” and changes the overall energy of a project for the better.

Put in the Time, Work Diligently, and Trust the Process

Some things in life take time, and there are no shortcuts to becoming comfortable with how different sounds work and how different instruments and plug-ins can affect sound. Dr. K. Anders Ericsson, a psychologist who studies expert performance, known for developing the “10,000 hour rule,” cited in Malcolm Gladwell's New York Bestselling book, Outliers. Ericsson claims either 10 years or 10,000 hours of deliberate practice as a prerequisite to success in any form of performing arts:

In general, according to Ericsson, deliberate practice involves stepping outside your comfort zone and trying activities beyond your current abilities. While repeating a skill you've already mastered might be satisfying, it's not enough to help you get better. Moreover, simply wanting to improve isn't enough — people also need well-defined goals and the help of a teacher who makes a plan for achieving them. (Business Insider).

While I don’t think having a teacher is a requirement by any means, I do agree with the rest of Ericsson’s sentiments wholeheartedly. The importance is placed on quality of practice, not just practicing for the sake of it. Working with a focused intent in this way will get you closer to your goal faster than anything else. When you do inevitably get into that alpha state of not having to think about which sounds you choose and which plugins you use to get your desired sound, things will fall into place much quicker. Download plugin demos and practice using them on all sorts of different instruments, vocals and sounds. With time, you’ll get more comfortable with instinctively knowing what to use in different situations.

To hold yourself accountable, create milestones to track your progress. Write them down in a check-list and cross them off as you go. Only you can decide which milestones you want to hit, so think about what drives you, and why you make music.

Josh Munk is a producer, musician, and audio engineer based in Los Angeles, California.